Living with a Chronic Mystery Illness

Jesse Mercury has been experiencing bizarre health symptoms on and off for most of his life. His symptoms include cognitive impairment, inability to control his arms and legs, difficulty speaking, muscle spasms, extreme fatigue and chronic pain. Throughout his life these symptoms have become increasingly severe, to the point where he is unable to hold down a job or plan for the future. Diagnostic testing consistently revealed no abnormalities, and for many years he met with constant pushback from doctors who doubted that any of these symptoms were real. Now that this mystery illness has progressed to the point that doctors are finally acknowledging it’s existence, they still cannot provide any diagnosis, treatment, or recommendations on how to move forward.

In this pilot episode of the Major Pain podcast, Jesse sits down with his partner Andi Alhadeff to discuss his journey searching for a diagnosis, including the many speculative diagnoses he has received such as mold poisoning, fibromyalgia, conversion disorder and lyme disease. They discuss how this illness has impacted their relationship, and the frustrations of working through a healthcare system that is ill-equipped to deal with difficult cases.

As always, my friend, ahead of the curve. I only want to wish you the best, and all of us here for a short time on this planet, health or at least less pain. Thank you for spearheading this discussion.

Farhad! So good to hear from you, thank you so much for the kind words my friend.

This was such a loving, tender and candid insight into both of your experiences, and I’m so thankful you’re sharing. Can’t wait to listen through the rest of the episodes and keep up as you gather more stories!

Thank you so much Tyler!

Finally had a chance to listen to this episode and I want to thank you and Andi so much for sharing your journey with such honesty and grace. There were many relatable moments and it was very validating to hear them articulated. (UW has also been a saving grace for me – so glad you’ve been able to explore care there!!) Looking forward to catching up on the rest of the episodes!

Thank you so much Shawna! I’m so glad UW has been working for you as well.

Of course you always wanted to make things…look at who your parents are, both amazing artists. 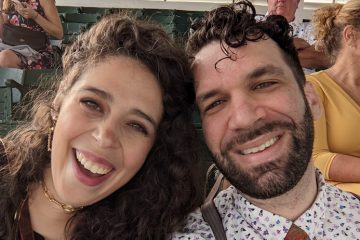 Andi and Jesse share updates from their recent travels to New York and Florida, plus both of their health situations including Andi’s vocal injury and Jesse’s continued quest for a diagnosis. Jesse has seen significant Read more… 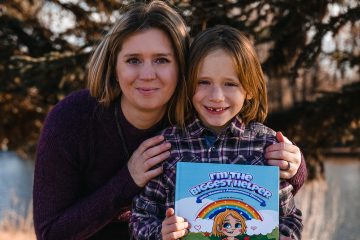 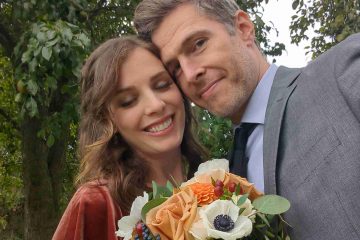 In 2012 Simon was dating a lovely young woman who happened to have mono. She warned Simon against kissing her as she might be contagious, but he threw caution to the wind assuming catching mono Read more…